This is the all-new GNOME 40. The latest version of the popular GNOME desktop environment is now redesigned with major changes and improvements. GNOME 40 is the biggest update since GNOME jumped from version 2 to 3. And with this update, how things look, how things work, and how you interact with the system are reimagined for the better.

GNOME 40 is the most prevalent desktop environment, and all the Linux distros using it will be updating to GNOME 40 soon, giving you a fresh new experience. So let’s jump right in and see what’s new, what’s changed, and the updated set of GNOME core apps, and We’ll also see why GNOME 40 is the next step in the desktop interface standards for 2021 and beyond.

While the new GNOME is packed with changes, there is one big change that is at the core of this update. That is the very foundational design of this desktop. That’s right. Visually and functionally, the GNOME desktop gets a complete overhaul. Firstly, the dash is now at the bottom of the screen. Formerly, this was on the left side by default.

The dock now separates the favorites from running apps using a separator. This feels more organized and you get a nice feel of what’s going on, on your computer.

The new Activities overview is a significant improvement from an aesthetic as well as user experience point of view. This looks more organized and easier to use. Horizontal workspaces feel so natural when compared to the old vertical ones. Using the workspaces on GNOME has gotten so much more intuitive too.

Super + alt are the workspace hotkeys combined with either the arrow keys or the mouse scroll. Now, what I’m really excited about is the gestures for touch pad on laptop. We can use 3 fingers to switch between workspaces with a single swipe sideways. Or summon the activities overview with 3 finger swipe upwards. Chromebooks have a similar 3 finger gesture mechanism which I absolutely adore. It makes switching between tabs and opening the app grid so easier and intuitive. It feels so natural to swipe with your fingers like that and see the response on the screen.

I really loved the old app grid. But after using the new app grid for some time, I realized that I never used the app grid without searching for an app. Every time I opened the app grid, I searched first, then clicked on an icon. I’m telling you this to hit home the point that while the old app grid looked nice, there is a difference in how we used that app grid on a computer vs how we use the app grid on our phones. The new app grid is more customizable and this is important because everybody uses some apps more than other apps. Now those apps go on the top row.

Overall GNOME 40 is a great update that not only looks good but also promotes productivity like never before. And on laptops, the new gestures are so powerful that I think most of you will not be connecting that USB mouse anymore. Just fantastic.

GNOME desktop comes with some apps that are an integral part of the GNOME experience. Like the nautilus file manager and the web browser. There have been improvements in these core apps too. Weather and Maps now display more information by default. GNOME web gets a redesigned top bar with tabs that are now even more in lieu with other browsers like firefox and chrome. This is nice. And nautilus or the Files app gets some added features in the preferences.

Keyboard shortcuts are now organized into categories and we can now also search for certain shortcuts and modify them easily. This is a fantastic improvement as GNOME gives you the best experience when you use it with a keyboard and mouse. The wifi settings have also been improved.

GNOME 40 is powered by a completely new engine under the hood. GTK+ 3 now gets a major version update to GTK 4. This version jump is the result of 4 years of hard work. This new GTK will not only power the new GNOME but also a new generation of applications. A good number of major Linux apps are built using GTK. Now once they are updated with the new GTK, we can expect them to look better and give us an even more refined experience.

It’s going to take some time, adjusting to the new GNOME. But I appreciate that the new changes are all geared towards improving productivity. GNOME has always had a different approach as to how to get work done on your computer. KDE Plasma, Mate, Xfce, Cinnamon, all have a bottom panel-based workflow. But GNOME, well activities overview and search play a huge role in the workflow here. With these new improvements, this activities overview seems more grounded and the user is going to be more compelled to use multiple workspaces since they’re there in the view. This will result in both, a more organized and distraction-free computing experience. And in an ever-distracting digital world, this is good.

Fedora 34 stable will probably be the first distro to ship with GNOME 40 and then we can expect to see GNOME 40 in other Linux distros too. And once GNOME 40 becomes the default on mainstream distros, there will be love and hate. But I believe GNOME 40 is the way.

So this is “The Future Of Desktop Linux Experience” – I believe you have found them as reminders and helpful. 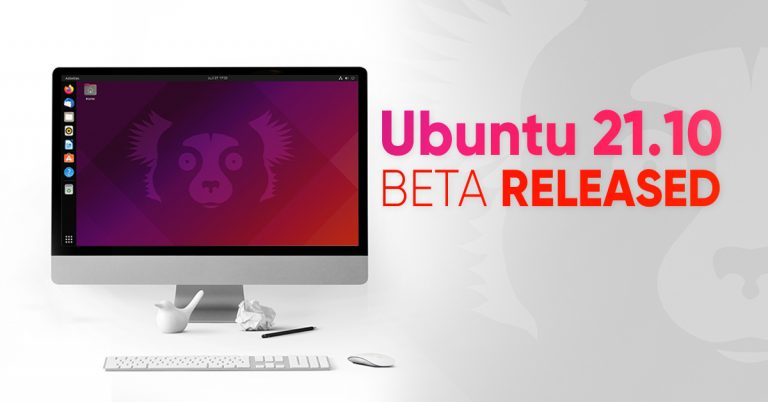